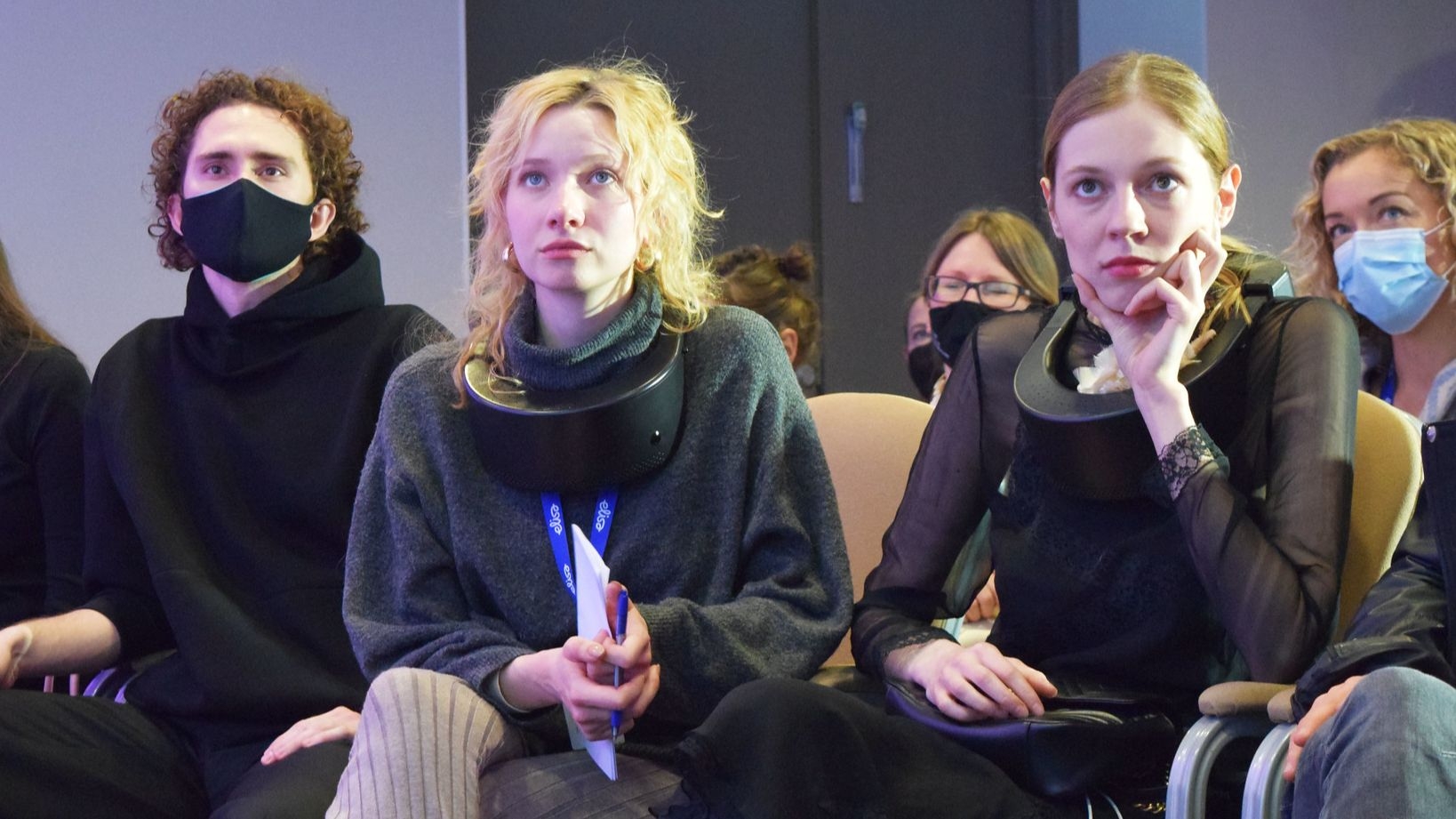 This year's Black Night Stars Program is designed to support seven selected young actors from the Baltic Sea region to promote their talent outside their home territory. As a way of support to Ukrainian actors who can’t work while their country is at war, the programm also present a young talent from Ukraine.

The Black Nights Stars Program will focus on the next step in these actors’ careers by introducing them to international film professionals in one-on-one meetings and participating in workshops and panels to further develop practical skills for presentations and workshops. The program will facilitate meetings with young directors presenting their films at the Black Nights Film Festival, and other film professionals and producers arriving for the Industry @ Tallinn & Baltic Event.

Local acting professionals from the region will be invited to meet with the international casting experts and be able to participate in various panels and masterclasses such as “Everything You Always Wanted to Know About Casting, Auditioning, Self-Taping and other Topics” and a masterclass with director Andrea Pallaoro, director of the film MONICA, which premiered in competition at the Venice Film Festival, a few weeks ago.

The coordination of the Black Nights Stars program Claudia Landsberger is delighted to introduce the international jury of esteemed casting directors, who are all members of the International Casting Directors Network, and industry professionals who have been invited to select the young actors from the region. “A difficult task rests upon their shoulders as the many applicants from the region all show great talent,” she says. 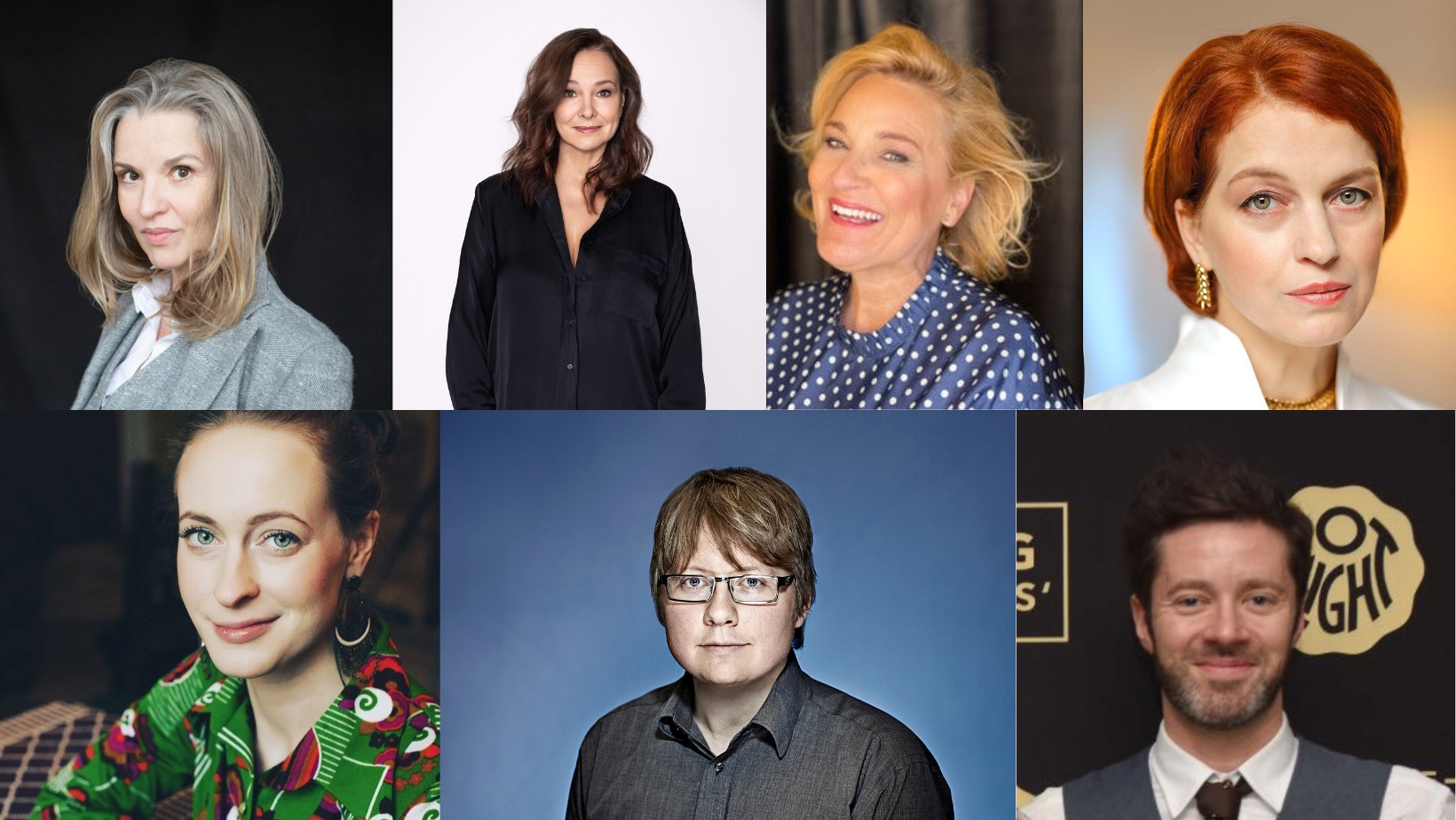 Short bio of the jury members

Anja Dihrberg-Siebler, a casting director based in Berlin. She began her career working in theatre in Vienna and Berlin, until moving into film production in 1995. She started her own casting company in 1997, working with German directors such as Emily Atef, Christian Schwochow, Baran Bo Odar, and Stefan Ruzowitzky, as well as on international projects with Olivier Assayas, Cate Shortland, Julie Delpy, and Ralph Fiennes. A HIDDEN LIFE by Terrence Malick - competed at Cannes 2019 and THE CAPTAIN (Robert Schwentke) was nominated for ICDN International Casting Directors Award in 2019. Amongst her recent films are I AM YOUR MAN AND MUNICH – AT THE EDGE OF WAR. She won the following Casting Prizes (CologneConference 2000/German Academy for TV 2018. She is a member of ICDN, the German and European Film Academy, and the Academy of Motion Pictures Arts & Sciences (AMPAS), USA.

Rie Hedegaard, is the founder & owner of CASTING DENMARK and has been working professionally with casting since 1984. She was deeply involved throughout the Dogme-film period in the mid-'90s, and was the casting director of Thomas Vinterbergs, FESTEN and Lars von Triers, THE IDIOTS, among many others. She has maintained other close working relationships with film directors such as O.C. Madsen, Per Fly, Christoffer Boe, and Anders Thomas Jensen. In recent years, Rie has been working with several other successful film directors, such as Kaspar Munk, Hlynur Pálmason, Fenar Armad, Isabella Eklöf, Louise Friedberg, Jacob Bitch, and Anders Matthesen. Recent productions include Danish National TV (DR) series FOLLOW THE MONEY and seasons 1 & 2 of HERRENS VEJE - Rides upon the Storm. Rie has been a co-founder of the ICDN since 2005; an EFP Shooting Star jury member in 2016, a Board member of the Danish Film Academy and she is a Member of the Academy of Motion Pictures, Arts & Sciences, (AMPAS), USA.

Victor Jenkins, a casting director from the UK, has a long track record with many award-winning films and TV shows. Starting at Wolfgang Petersen’s TROY and Oliver Stone’s ALEXANDER, he moved into TV working on shows like DREAM TEAM and MILE HIGH, THE LAST KINGDOM, AND FLEABAG. In 2017 he started Victor Jenkins Casting with the project from Netflix/BBC’s TROY: FALL OF A CITY. From there he has worked on shows like SHERWOOD, WORLD ON FIRE, Leonardo, and Cattleya’s upcoming DJANGO. Film work includes Judd Apatow’s THE BUBBLE, and Baz Luhrmann's short film THE SECRET LIFE OF FLOWERS. With The Casting Office, he works on many shows for large UK and US broadcasters like AMC, Peacock & Channel 4. Victor is a member of the ICDN.

Laura Munsterhjelm, is the CEO and founder of the leading agency in Scandinavia, Actors in Scandinavia. With more than 25 years of experience in managing actors and directors. Laura has managed to push her actors into an international success. Actors included in the AIS roster are e.g the Academy Award winner, Alicia Vikander, Rebecca Ferguson, Fares Fares, Peter Franzén, Laura Birn, Krista Kosonen, Nanna Blondell, Tommi Korpela & Lena Endre.

Maie Rosmann, is a producer from Estonia. Her feature debut THE DAYS THAT CONFUSED governed international success receiving the Special Jury Prize in Karlovy Vary and domestic success grabbing six national awards including The Best Film. Her next feature THE MAN WHO LOOKS LIKE ME premiered in Karlovy Vary. Her latest film, PHANTOM OWL FOREST, has been the most-watched family film in Estonia. Currently, Maie is finishing a creative documentary WALKER ON WATER, about being a woman, told through the life and work of Estonia’s most beloved and internationally known contemporary poetess Kristiina Ehin.

Michael Rosser, is Contributing Editor at Screen International, UK. Michael has spent nearly 20 years covering film and television, from writing in-depth industry features and breaking news stories to interviewing A-list actors, directors, and international talent. Working for Screen International, IMDb, and Broadcast magazine, he has covered every major film festival as well as the Oscars, Emmys, and BAFTAs, and moderates Q&As and panels at events around the world.

Alla Samoilenko is a casting director from Kyiv, Ukraine. Having graduated from the National University of Theater, Movie, and TV as a movie critic, and after six years as a personal assistant to the President of the Miss Ukraine beauty contest, Alla works in casting since 2003. Her trademark quality is the ability to cast theatre actors or people without any film experience, who then become sought-after actors. She also gives lectures for actors to raise their professional level. Alla is a Member of the ICDN (International Casting Directors Network) and has worked on many international projects such as THE DEBT, by Assaf Bernstein Israel THE PAINTED BIRD, by Vaclav Morhoul from Ukraine and the Czech Republic, MR. JONES, by Agnieszka Holland, from Poland, Uk, and Ukraine, and THE PLEASURE PRINCIPLE, by Dariusz Jablonski, a Poland/Ukraine/Czech Republic TV series.

The decision of the jury for their selection of The Black Nights Stars 2022 will be announced shortly.