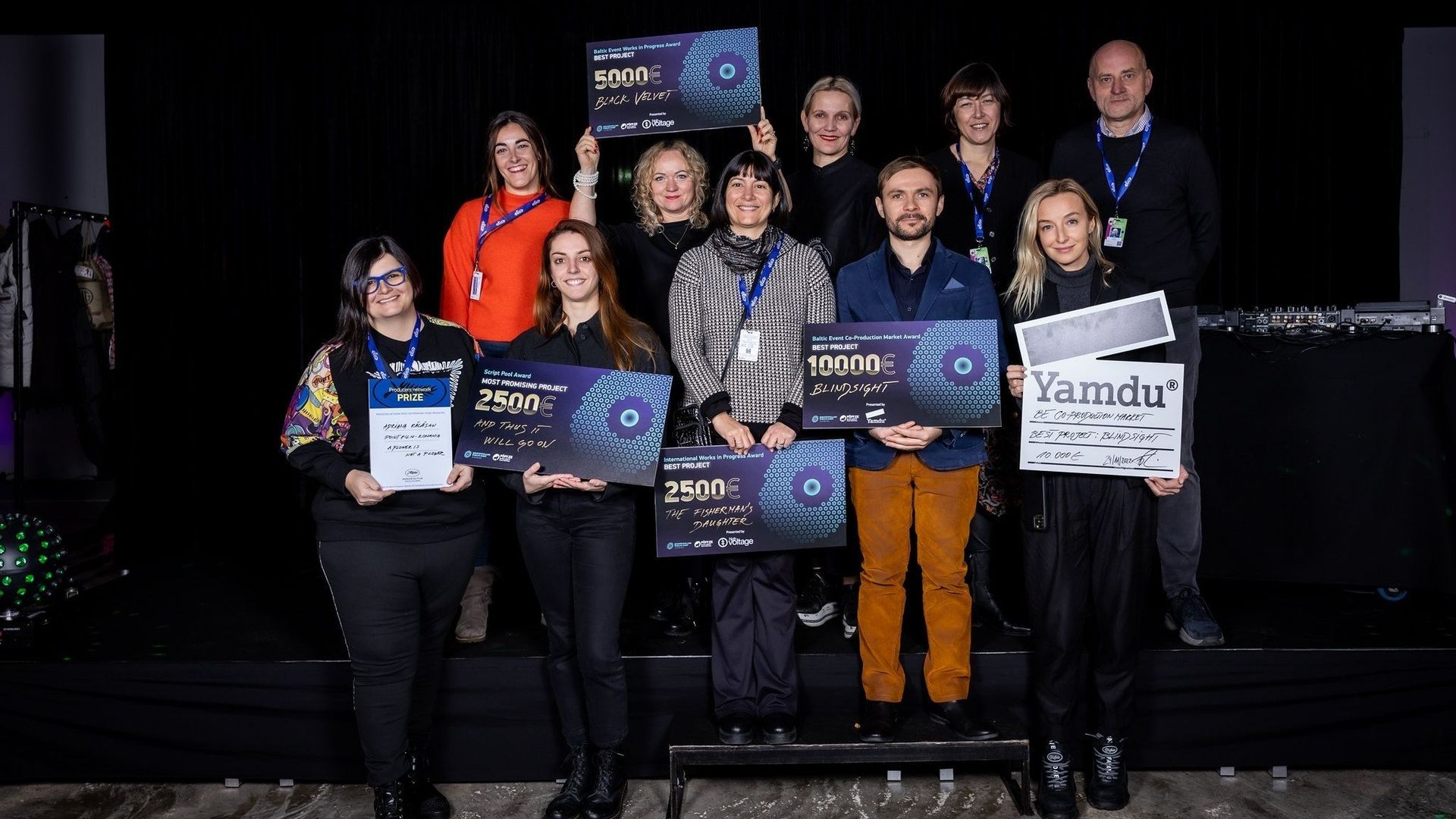 On 24 November, the 21st edition of Industry@Tallinn & Baltic Event handed out the prizes to the best projects after five days full of networking, presentations, panel discussions and meetings.

Altogether eight awards were handed out in to film projects in different stages of scriptwriting, development or post-production, including two awards handed out to promising producers.

Script Pool Award is given to the most promising project receiving a 2500 euro monetary prize.
Winner: And Thus It Will Go On
Director and writer: Marina Palacio
Producer: Lara Izagirre
Country: Spain

Jury comment: “We are thrilled to award the debut feature project And thus it will go on for its unique and adventurous approach to storytelling. We can't wait to see the finished film and wish Marina Palacio the best of luck for this exciting journey.”

Jury statement: "We award this film for the urgency and immediacy of its story, and its call for acceptance."

Best Baltic Project (includes 5000€ worth of services from High Voltage)

Jury statement: "We award this film for its insightful and never self-indulgent look at our existential anxieties. We found comfort in its humour and for that we hope this award will make up for that loss of - if we remember correctly - 156.36€ "

Jury statement: “Representation of young people who stand up for themselves, but not losing its playfulness. Convincing and believable acting, interesting dialogue. Not a black-and-white story about corruption. Promising, want to see the film”.

In 2022, 11 projects were presented at the 21st Baltic Event Co-Production Market, including one from Focus Country Israel

Jury comment: “We chose this project because it celebrates the power of storytelling as an act of hope and a necessity to surviving these dark, uncertain times. We were all drawn into the project's ambition to explore complex issues through a story that feels accessible yet personal and focuses on overcoming obstacles. We all felt the deep passion and commitment behind the BLINDSIGHT team and look forward to following their progress.”

Jury Comment: “Elaheh is a courageous and passionate voice in the film industry at a time when we so desperately need it. We hope that this award will support her on her journey towards making the urgent and heart-breaking story of BLUE GIRL a reality as well as many more films to come.”

Winner: Adriana Răcășan (A Flower is Not A Flower)

Jury comment: “We hope that this award will enable Adriana to make the connections and find the support she needs to bring to life the important, challenging and emotional story at the heart of A Flower is Not A Flower.”

Congratulations to all the winners!

Check out the photos of the event