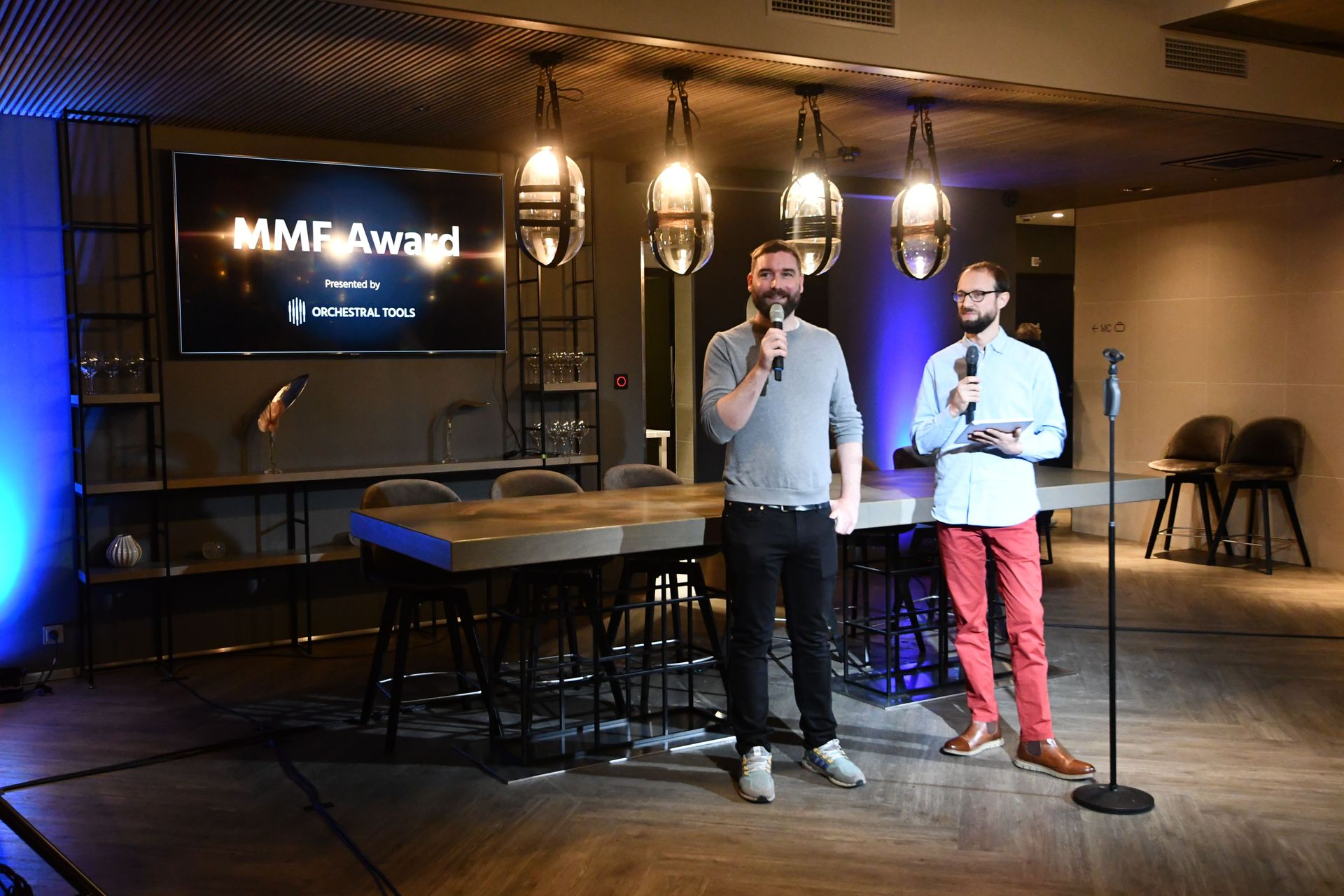 The first prize went to the Estonian musician and composer Taaniel Pogga. His winning entry shows a keen understanding of the craft. Tension builds slowly but unrelentingly throughout the clip, leading to a dramatic resolution. The jury liked the subtlety of this entry, and the reserved approach added to the spookiness of the scene. It’s also worth noting that the sounds used here were compelling in themselves, adding a modern edge that added a new dynamic to the mediaeval setting.

The Honorary Prize went to Latvian-born Liene Skrebinska. Her entry was notable for its excellent use of traditional instruments: Instant scene-setting. The composer added subtle sound design, and made good use of silence. But what stood out most of all was the composer’s unusual interpretation of the action, re-positioning the fight as a dance. This added a completely new and unexpected nuance. All in all a creative and highly original effort!

Participants were invited to compose an original soundtrack to a video clip, to demonstrate their composition skills and musical creativity. The clip was kindly provided by the creators of Melchior the Apothecary (2022), directed by Elmo Nüganen.

The winner was selected by a jury of music and film professionals from this year’s Music Meets Film panellists, which included the film Director Elmo Nüganen and composer Liina Sumera, as well as Alice Atkinson, Aram Shahbazians, Argo Vals, Orchestral Tools and MMF curator Michael Pärt. The winners were announced 22 November 2022 at the MMF Award Ceremony at Noho Restaurant & Bar at Nordic Hotel Forum, Tallinn.