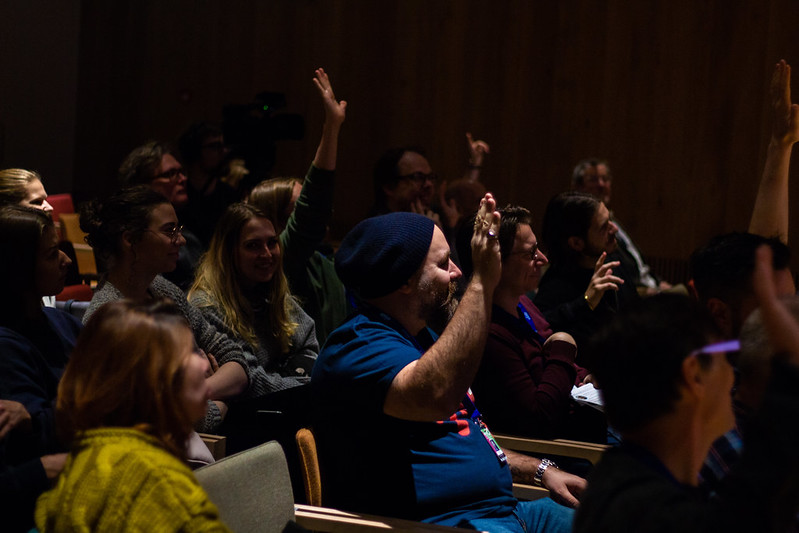 A new banner unites the established programmes like Black Nights Stars, Music Meets Film and Black Room together with refreshed and new stands Future to Film and Young Critics.

The Black Nights Discovery Campus, taking place on 19-26 November in Tallinn at Industry@Tallinn & Baltic Event will present new talents in different fields of film and will include live workshops and masterclasses by award-winning professionals dedicated to programme participants and wider audiences. The events will also be accessible on industry.poff.ee with accreditation and the programme will be followed by online courses by acknowledged mentors into 2022.

According to Triin Tramberg, the manager of Black Nights Discovery Campus, the initiative aims to widen the events’ scope through masterclasses, workshops and other events, so film professionals and everyone deeply interested in film can discover themselves, new talents and programmes, both in Tallinn and online: “We want to bring together scriptwriters with directors and producers, production designers and new actors and actresses, who can bring amazing characters to life; and, young and new critics to analyze films on the big screen.”

Music Meets Film, primarily intended for film spring composers and filmmakers, but also for a broader audience searching for hidden layers within music in film, marks its 10th anniversary this year. During the years, the programme has evolved to become a recognizable brand and a highly anticipated series of events, laid out in a three-day program every November that takes a closer look this year at the “Musical Perspective of Meaning and Symbolism in Film”. The programme presents acknowledged speakers such as BAFTA Award-winning director and producer Mike Newell, CEO of the Ingmar Bergman Foundation Jan Holmberg, film director Nina Degreave, composer David William Hearn and a pianist Anyssa Neumann. In addition, Music Meets Film will also launch a special award to young and talented composers.

Black Nights Stars, launched in 2017, is designed to support young actors from the Baltic Sea region to gain international visibility and promote themselves inside and outside their home territories. The program facilitates connections with international film professionals and training in practical skills needed in their future international careers. For the edition in 2021, an international jury of film professionals has selected eight young actors based on their first feature film and TV roles to take part in the programme. Besides, the closed workshops and meeting the programme includes public events covering various aspects related to casting. The 2021 Black Nights Stars programme involves a number of internationally recognised experts, such as the members of the International Casting Directors Network, ICDN: Timka Grin, from Bosnia and Herzegovina, Piotr Bartuszek from Poland, Tusse Lande, from Sweden; Jantsu Puumalainen from Finland, Lana Veenker from the US, Lisa Schmakova from Russia. Starting from 2021 Black Nights Stars has established a cooperation with International Casting Directors Network (ICSA) and the Semiramis Award Ceremony will take place in Tallinn.

A refreshed strand of the programme, Future to Film, involves two parts: Script Pool competition for film projects – presenting five projects and teams behind them – and a Discovery Showcase, highlighting the six directors nominated for the European Discovery 2021 – Prix FIPRESCI for their first full-length feature film. The highlight of the event is an inspirational talk by internationally acclaimed director, writer and producer Baltasar Kormákur, who will share his experience in finding the inspiration and motivation to overcome the pressure and move on to the second feature.

The newest edition, Young Critics, is an intensive course of film criticism for Russian speaking young people from the Baltics and Northern Europe is a new initiative that aims to give the start for the new generation of Russian speaking film critics. The programme will be led by different lecturers and professionals, including acknowledged Paola Casella from Venice Film Festival’s International Critics’ Week and Victoria Belopolsky and Vsevolod Korhunov from Moscow Film School. Venice International Film Critics' Week will also award the best article written by participants of the course.

Black Nights Discovery Campus programme is created in partnership with the European Film Academy and funded by the European Development Fund via the Creative Gate project.