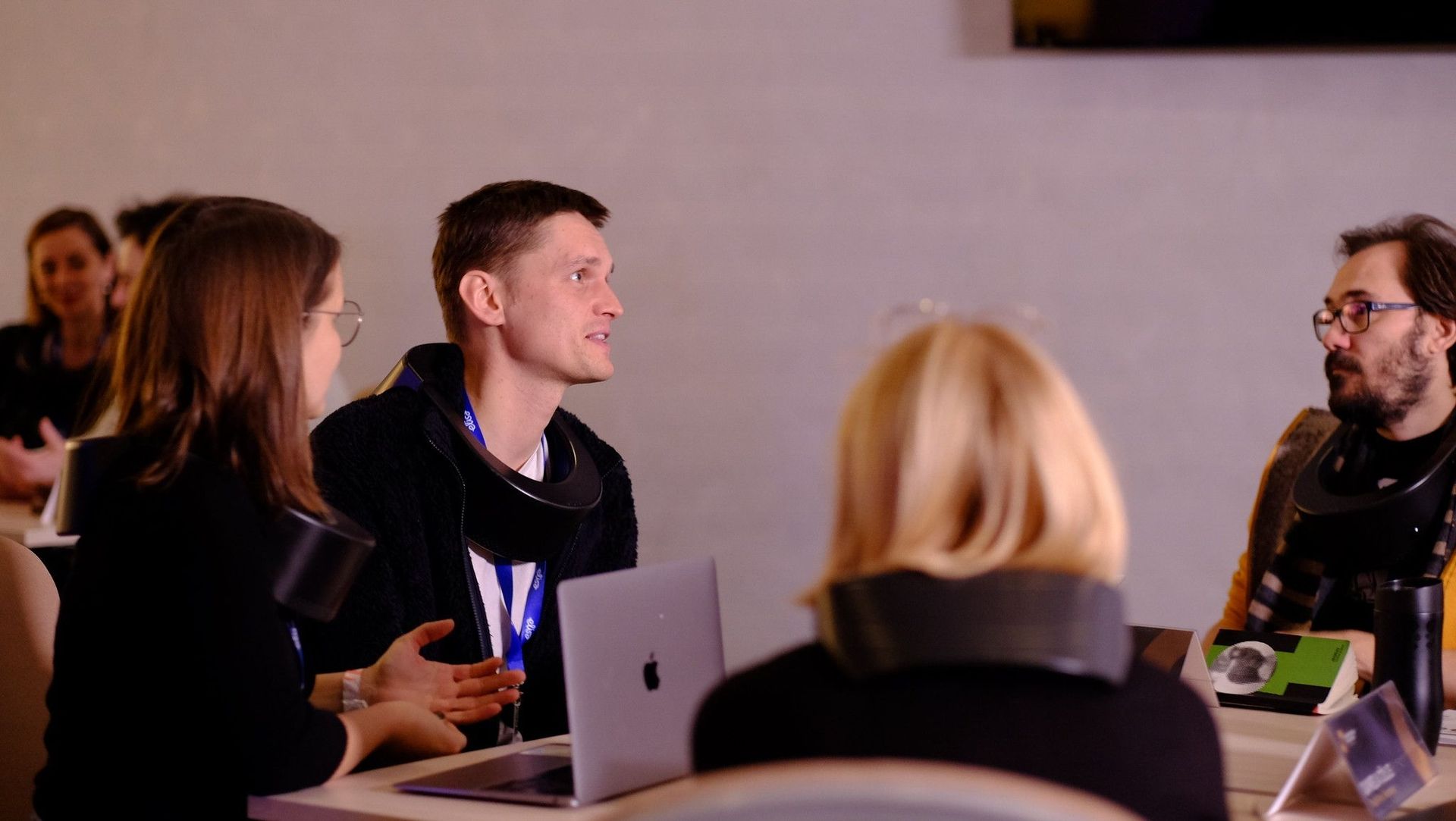 Script Pool competition, a part of Industry@Tallinn & Baltic Event film market activities and Discovery Campus educational program, takes place for the sixth time already. Each year it highlights five international projects and the team behind them - director, scriptwriter, and producer. The aim is to gather film projects with high distribution value with a final draft in place. Focusing on the script and the overall project presentation, the projects, and their teams will be presented to the international industry decision-makers (sales agents, financiers, and co-producers) whose contribution will increase their sales and distribution potential.

Triin Tamberg, the manager of the Script Pool program, stated that she is very glad, that the lessons learned at Script Pool program have been valuable and encouraged young scriptwriters and directors, and producers. “We are thrilled to see some of the projects that have taken part in previous Script Pool, now presenting the film project already in Tallinn at Works in Progress!” she added. “Not to mention the great success of some Script Pool projects like USA-Italy co-production Monica which premiered Venice Film Festival this year and took part in Script Pool in 2016. In 2018, the script of Men of Deeds by Radu Romaniuc, won the main prize at Script Pool Tallinn. This August it premiered at Sarajevo Film Festival,” Tramberg added.

While taking part in the Script Pool program, the participants will work together with well-known script doctors and pitching mentors. Each project will have the chance to pitch its story to a top specialist in the field and get one-to-one feedback. The program includes 1-1 meetings and lectures by mentor Deborah Rowland, 1-1 meetings with script doctor Marietta von Hausswolff, and meetings with decision-makers and jury members. As of 2022 Script Pool program has partnered up with International Screen Institute which delivers three tailor-made workshops: How To Pick The Right Sales Company, Sales and Distribution Agreements Top Tips, and How To Develop a Festival Strategy?

The main award of 2500 Euro prize is given to a writer-producer team by the jury that includes Mark Brennan (literary agent at United Agents), Margot Hervee (Senior Licensing Manager, MUBI), and Louis Balsan (Executive VP, international distribution and acquisitions at Anton).

Mark Brennan has been a literary agent at United Agents for just over three years, representing writers and directors across film, TV, and theatre, having come up through the offices of Tim Corrie and Camille McCurry. He began his career in the industry working in post-production as an edit and sound assistant before moving into docu-drama casting and research for Midas Productions and Irish broadcaster TG4 (CEART AGUS COIR, IDIR MNA). What followed included time spent at Element Pictures (THE FAVOURITE) working primarily across their theatrical and distribution arm, Rainmark Films (now Turbine Studios – SMALL AXE) as production and development support for producer Tracey Scoffield and her team, and Sebastien Raybaud’s financing studio Anton Corp (HIS DARK MATERIALS, PADDINGTON 2) as their acquisitions and development executive.

After graduating from Sciences Po Bordeaux with a Masters in IP Law, Margot Hervee was an active team member for the launch of Tënk, a SVOD platform dedicated to creative documentary cinema based in Lussas, France. She then moved to London for a Masters in Film Studies at UCL and started to work at MUBI alongside her studies. She now manages licensing operations for MUBI globally, focusing on exclusive direct-to-platform releases and global editorial programs, working with both sales agents and directors/producers to secure the best films for the platform. Her previous experience includes working at institutions (Cinémathèque de Toulouse, Institut Français du Royaume-Uni), in film production (La Huit Production), and in festival coordination (FIFIB).

Louis Balsan is the Executive Vice President of international distribution and acquisitions at Anton. Anton is a global provider of premium content for all platforms across film, television, digital, short-form, and animation. The company partners with leading creators worldwide to produce shows which marry creativity with commercial prowess. Its hallmark is high-quality storytelling. With offices in London, Los Angeles, and Berlin, the Anton team is committed to bringing the best of European and international content to global audiences.